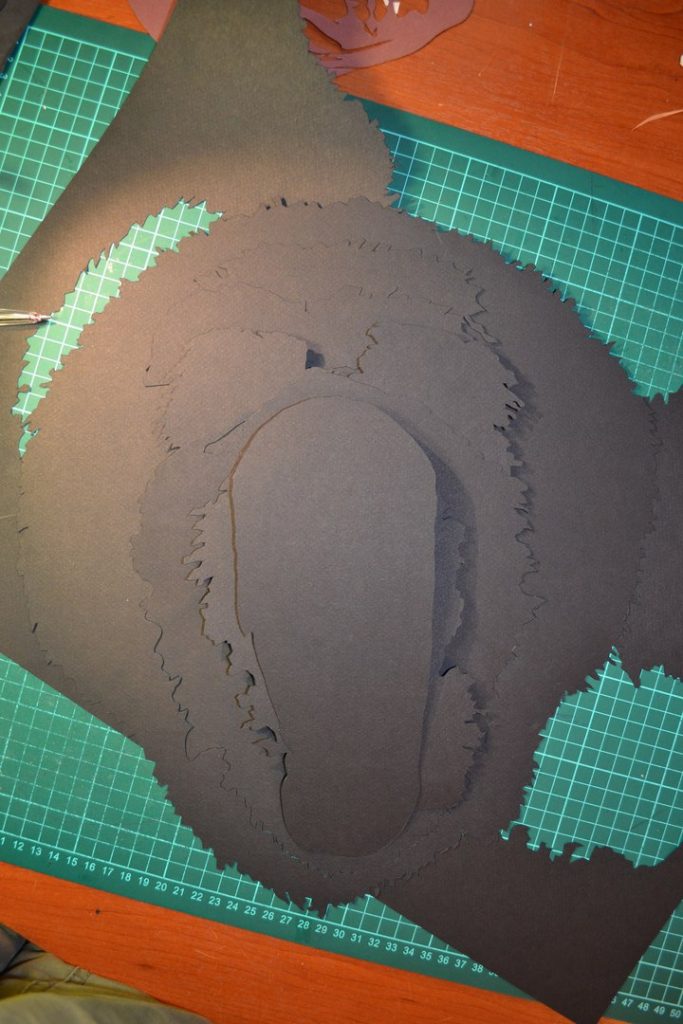 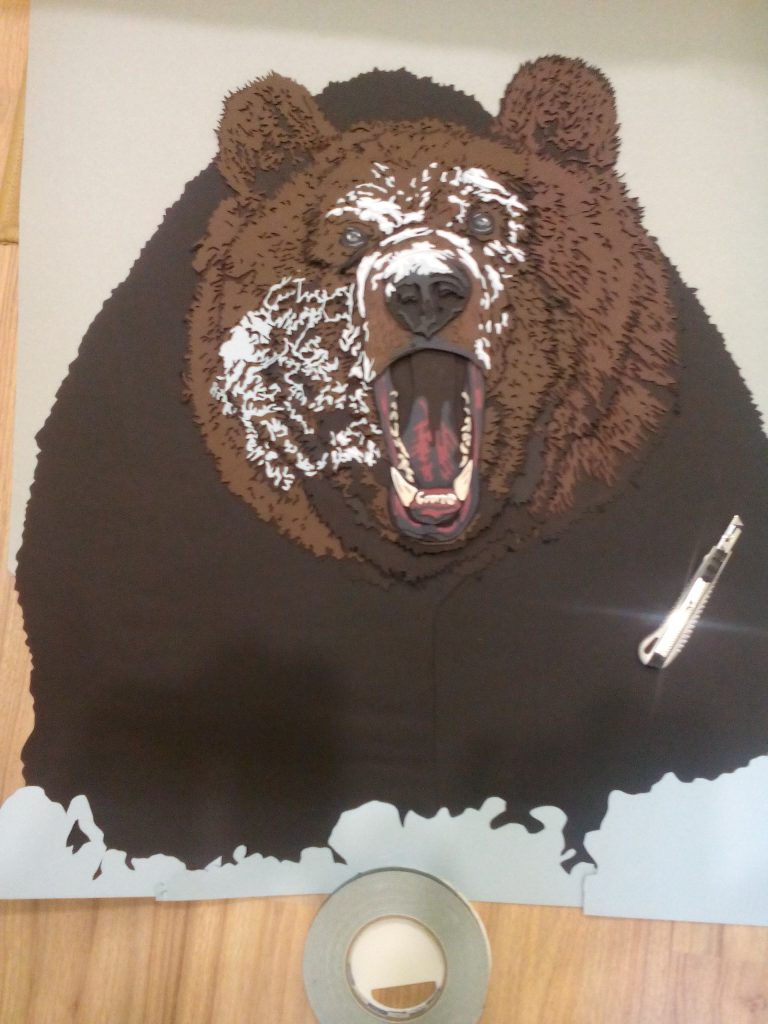 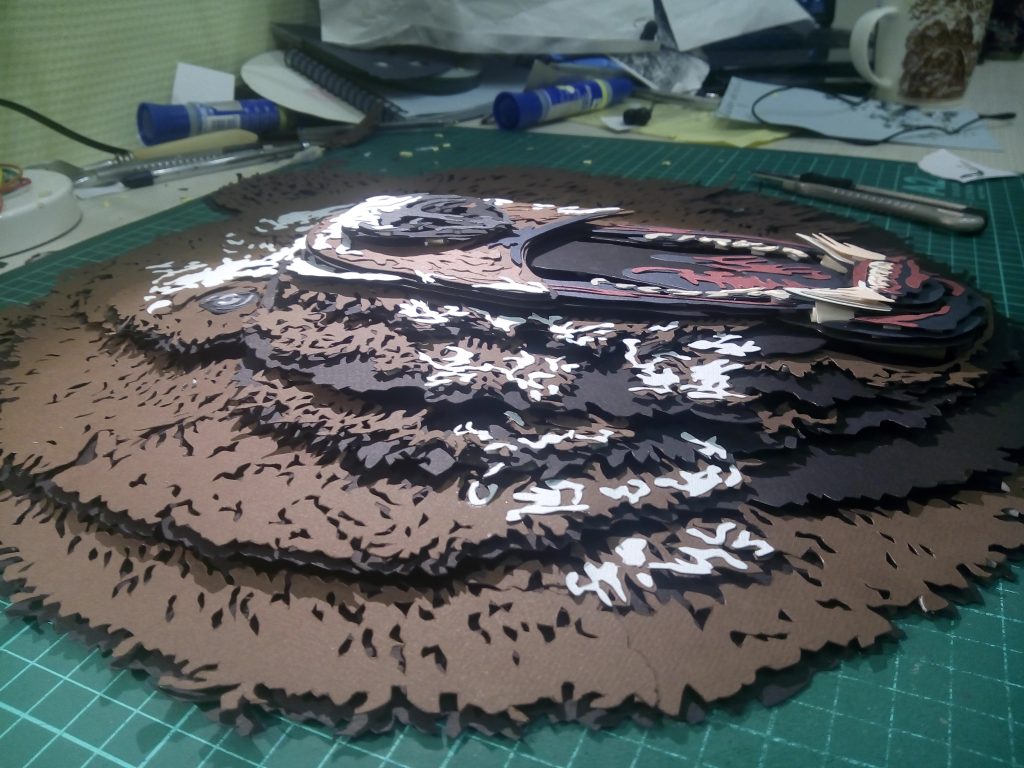 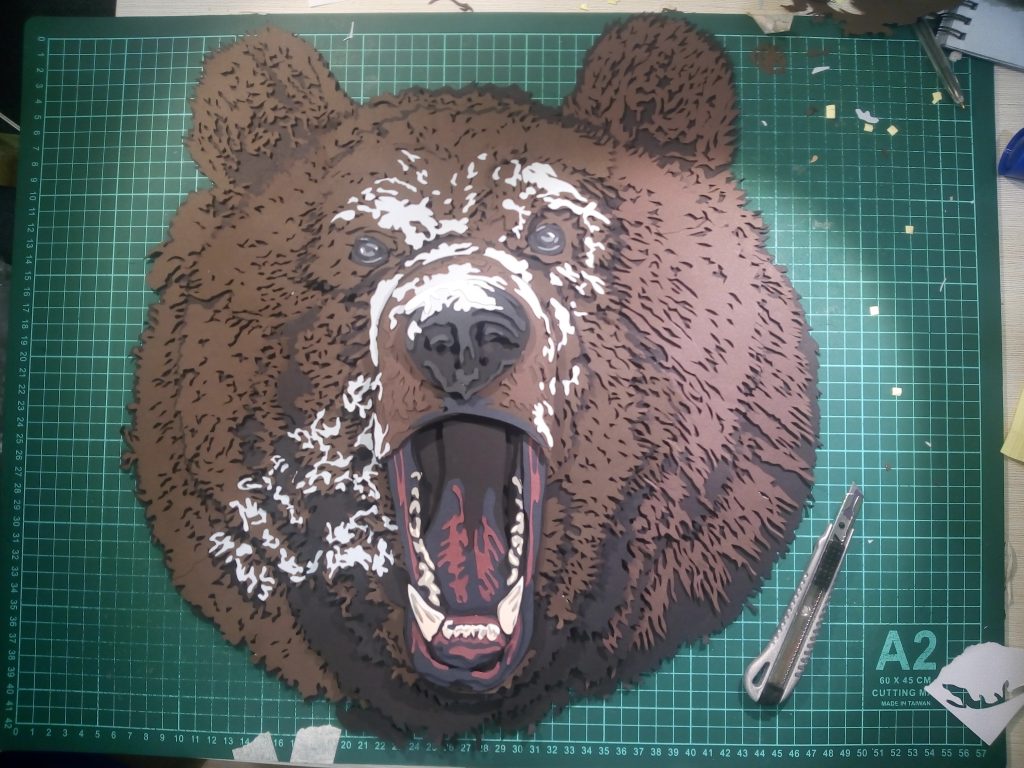 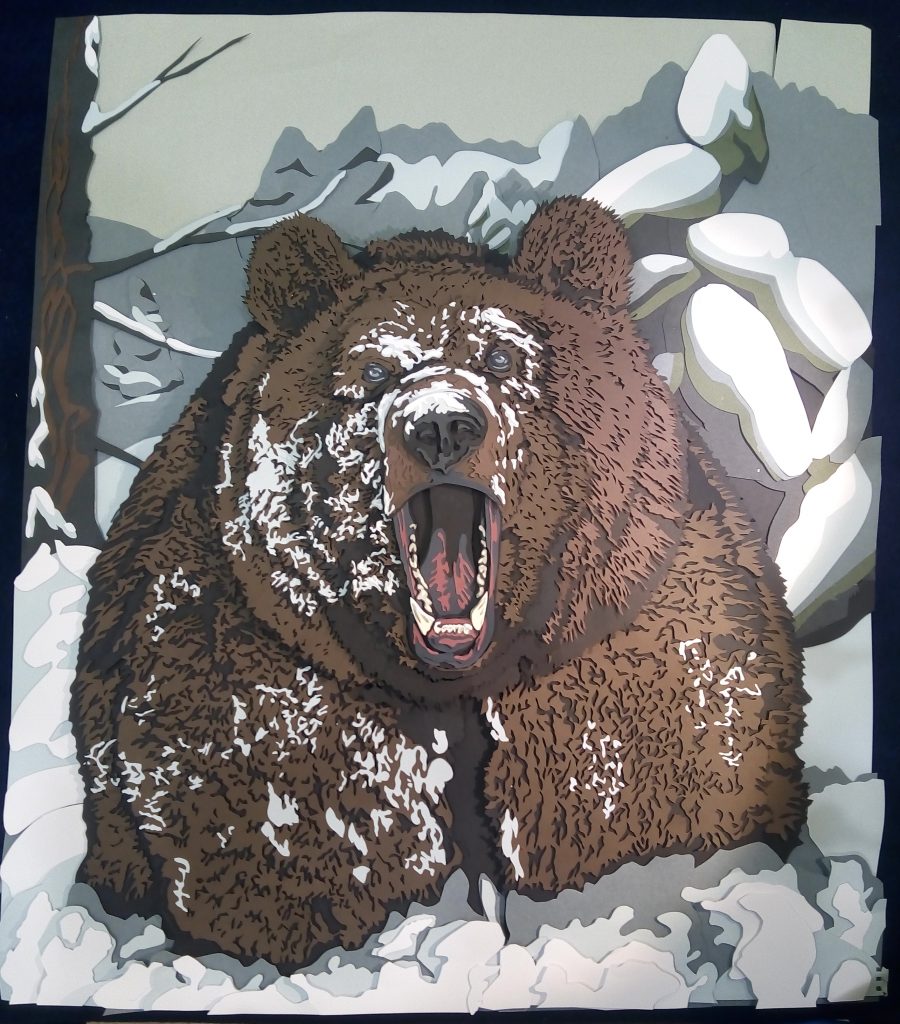 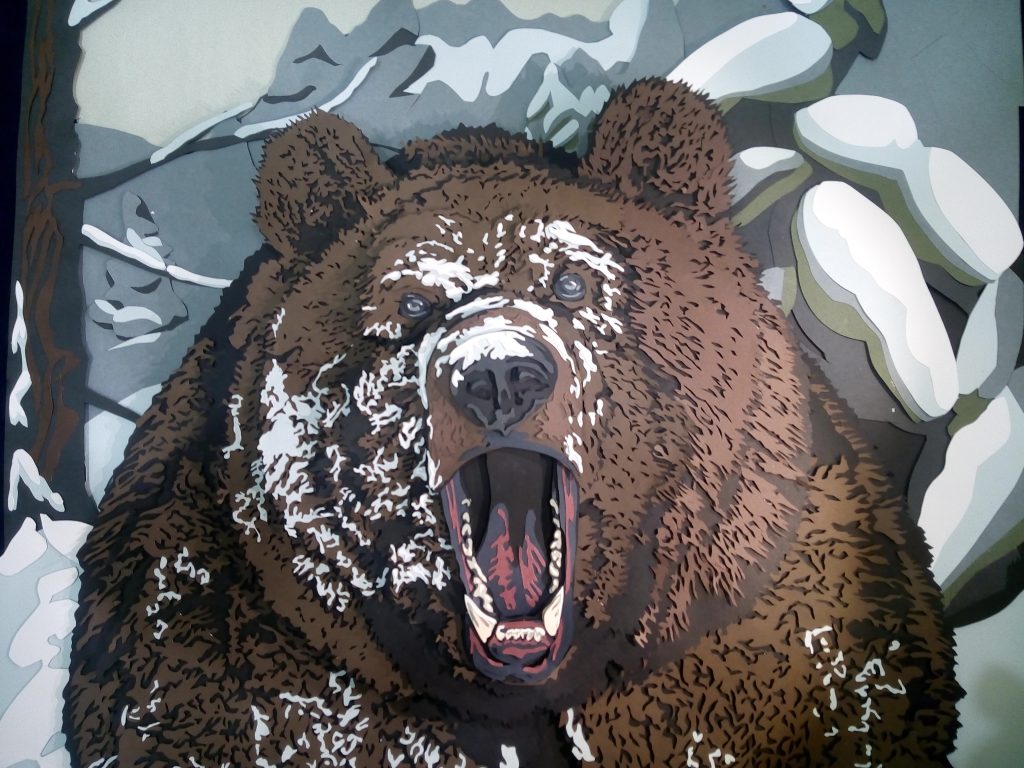 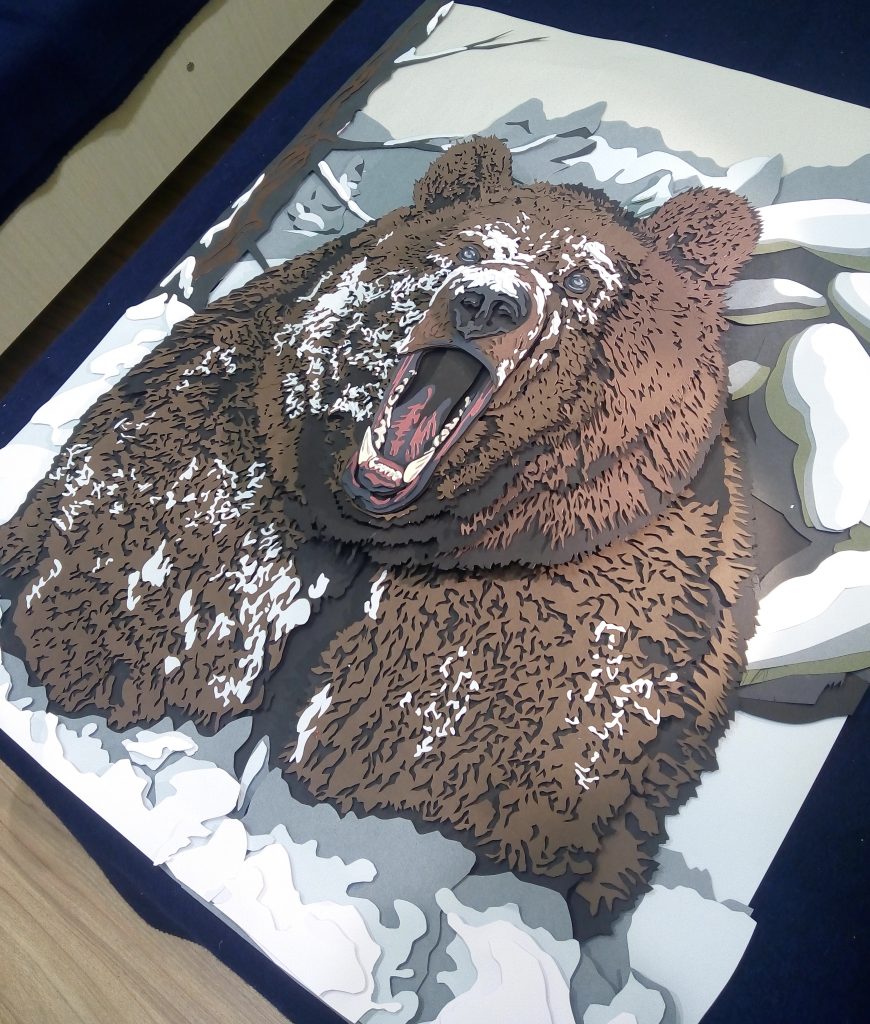 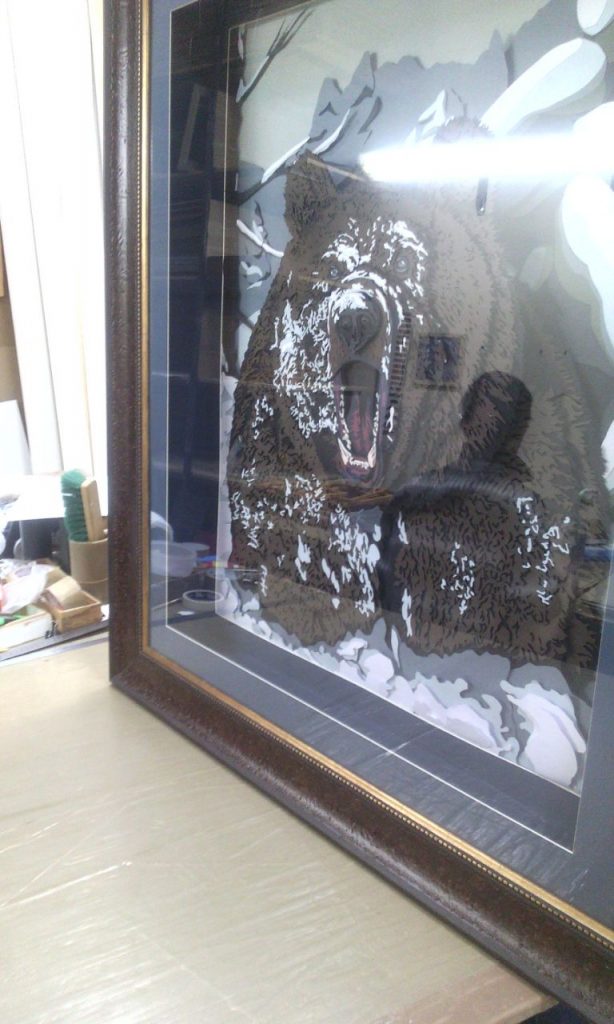 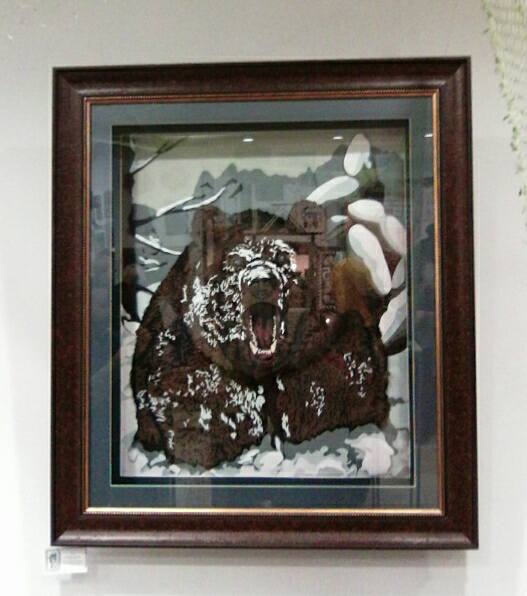 Everyone knows that the bear is the master in the taiga, and also that “the bear in the taiga is the prosecutor”, etc. The First Museum of Slavic Mythology regularly holds the “Bear Festival”. At the opening of the first solo exhibition of Nazaria (“For the first time #Pervee) Olga Radionova, curator of the Bear Festival, asked to give the word that a bear will be made for the next such festival. The author gave the “officer’s word”(it’s like a sacred oath). He began work on the painting in Tomsk, but was urgently sent to the Volgograd Academy of the Ministry of Internal Affairs. That began the adventure bears. At that time, only the “frame” of the bear’s head was ready, I had to somehow pack and go to Volgograd with cardboard and tools to finish the picture there and send it to Tomsk for the opening of the festival. “A bear in a snowdrift” of course became a favorite in the Volgograd Academy